By: Annie
In: Maintenance
With: 0 Comments 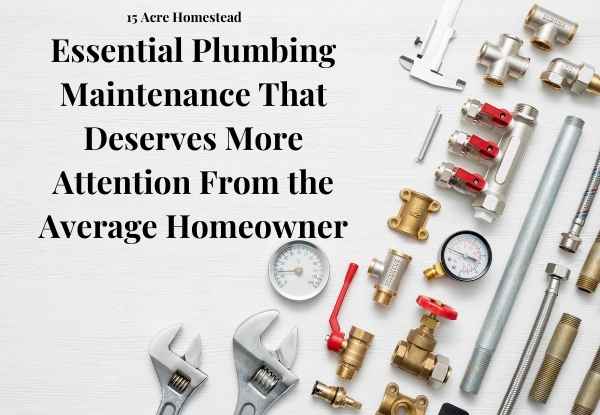 The average cost to hire a plumber to conduct repairs on a home plumbing system in the US is currently placed at around $329, according to HomeAdvisor. But if you factor in all the issues that you could discover if you haven’t been doing proper plumbing maintenance, that number could easily skyrocket into the thousands.

To avoid paying out such hefty sums, and to spare yourself a lot of inconvenience, get in the know about the telltale signs of plumbing damage, and where to look for them.

Cleaning Out Your Drain Lines

Clogged drains are the most likely plumbing problems. This is mostly because people don’t pay enough attention to their drain health until an issue arises. You can save yourself so much grief if you clean out your drain lines even just once a year.

You can DIY this by pouring some hot water, baking soda, and vinegar down the drain and plugging it for 10 minutes before rinsing it out with some more hot water. But for persistent grease and clogs or larger drains, you may need to use an enzyme cleaner.

Keep in mind that this will take a lot more time than the DIY method.

If your drain is already too clogged, you’d need to use a snake. These steel or plastic tools are used to punch through clogs so they’ll be easier to pass through the drain. Plumbers make use of something called an electric drill snake for clogs that are harder to crack.

This is an absolute must for anyone who owns a basement, regardless of precipitation level in their area. Basement flooding is a real problem. It can be caused by flooding, a clogged gutter, poor weatherproofing, and plumbing  leaks.

Like leakages, basement flooding also poses the threat of water damage, but it has much more potential to cause harm. In order to avoid such a messy ordeal, you’ll have to conduct sump pump maintenance once every 4 months at least. In addition, it’s also best if you have a more in-depth checkup done once a year.

The reason for this is because there can be certain specific factors that could cause your sump pump to fail. It can be quite pricey to have it repaired. However, the cost can vary depending where you live.

For example, sump pump repair in Indianapolis tends to be cheaper than in Orlando. This is because Florida gets more storms and thus experiences more electrical issues than Indiana. Electrical issues such as outages and surges often spell the end for a sump pump system if they’re bad enough.

Getting Rid of Leaks

In the US, household leaks are responsible for wasting up to 1 trillion gallons of water per year. They can also sap a lot of water pressure. But leaks are not just a waste of water.

They’re also a serious threat to the structural integrity of your house. Before leaks can become bad enough that they actually cause damage to your home, you should take steps to hunt them down and patch them up.

As a homeowner, you can do some of your own checks and inspections when it comes to plumbing maintenance. Faucets and showerheads are particularly common offenders. As for your pipes, water stains are a clear indicator that they are leaking, in lieu of more obvious signs such as dripping and puddles.

Most leaks are relatively easy fixes with some epoxy or pipe putty. But harder to find leaks or those that persistently spring up are going to need a professional touch.

These are only some of the key areas of plumbing maintenance that homeowners should pay more attention to. If you get these three down, you should be much less likely to encounter plumbing issues throughout the year.

2022-05-11
Previous Post: 5 Landscaping Updates to Upgrade the Value of Your Home
Next Post: DIY Bathroom Remodeling Tips: A Little Help from the Pros