Get Ready for 2020 With This New Year’s Quiz

By: Annie
In: Holidays and Seasonal, Household
With: 0 Comments

If you love trivia here is a fun New Year’s quiz to test your knowledge. See how much you actually know about the first holiday of the year right here! And if you haven’t taken my other quizzes, you can find them here and here. 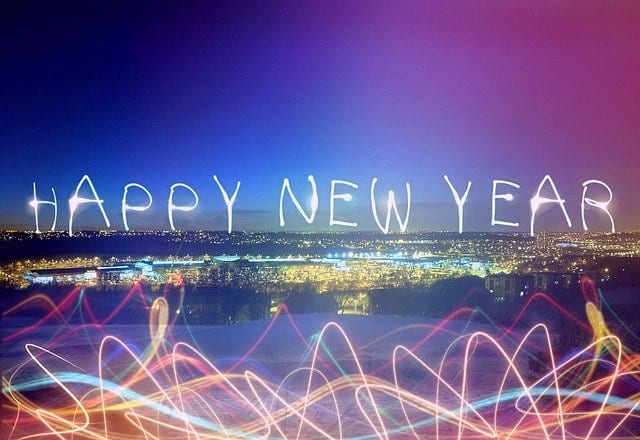 Get Ready for 2020 With This New Year’s Quiz

All of the above

2. What calendar determines the date of the Chinese New Year?

3. Rosh Hashanah is the beginning of the new year for what religion?

4. Kwanzaa is a seven-day holiday that begins Dec. 26 and extends through Jan. 1. What does the word mean in Swahili?

5. In the Middle Ages, most European countries used the Julian calendar, so they observed New Year’s Day when?

6. The name January is derived from the Roman god Janus. What is he the god of?

7. When to the practitioners of Tibetan Buddhism celebrate New Year’s?

8. The Roman New Year festival was called the Calends, and people decorated their homes and gave each other gifts. In early times, the ancient Romans gave each other New Year’s gifts of branches from sacred trees. Later they gave small items, such as nuts or coins, imprinted with pictures of what God?

9. What New Year’s gift did ancient Persians give?

10. In ancient Egypt what event dictated the timing of New Year’s celebrations?

Answers to the New Year’s Quiz:

1 Gregorian Calendar: New Year’s Day is the first day of the year, Jan. 1, in the Gregorian calendar. Traditionally the day has been observed as a religious feast, but in modern times the arrival of the New Year has also become an occasion for spirited celebration and the making of personal resolutions.

2 Lunar: The Chinese New Year, traditionally based on the lunar calendar, is celebrated in many American cities with the roar of blazing firecrackers, dancing dragons made from paper mache and cloth, and traditional music.

3 Jewish: Rosh Hashanah (Hebrew, “beginning of the year”), Jewish New Year, celebrated on the first and second days of the Jewish month of Tishri (falling in September or October) by Orthodox and Conservative Jews and on the first day alone by Reform Jews. It begins the observance of the Ten Penitential Days, a period ending with Yom Kippur that is the most solemn of the Jewish calendar. Rosh Hashanah and Yom Kippur are known as the High Holy Days.

4 First fruits: Kwanzaa, or matunda ya kwanza, is Swahili for “first fruits”. This is an African American holiday observed by African communities throughout the world that celebrates family, community, and culture. Kwanzaa has its roots in the ancient African first-fruit harvest celebrations from which it takes its name. However, its modern history begins in 1966 when it was developed by African American scholar and activist Maulana Karenga.

5 March 25th: In the Middle Ages most European countries used the Julian calendar and observed New Year’s Day on March 25, called Annunciation Day and celebrated as the occasion on which it was revealed to Mary that she would give birth to the Son of God.

6 Gates and doors: The name of the month is derived from Janus, the Roman god of gates and doors, and hence of openings and beginnings. January was the 11th month of the year in the ancient Roman calendar; in the 2nd century BC, however, it came to be regarded as the first month. On January 1 the Romans offered sacrifices to Janus so that he would bless the new year.

7 February: Much of the ritual of Tibetan Buddhism is based on the esoteric mysticism of Tantra, devotions that involve both yoga and mantra, or a mystical formula, and ancient shamanistic practices. On special holidays the temples, shrines, and altars of the lamas are decorated with symbolic figures; milk, butter, tea, flour, and similar offerings are brought by the worshipers, animal sacrifices being strictly forbidden. Tibetan Buddhist religious festivals are numerous. The most notable are New Year’s celebrated in February and marking the commencement of spring.

8 Janus: In later years, they gave gold-covered nuts or coins imprinted with pictures of Janus, the god of gates, doors, and beginnings. January was named after Janus, who had two faces–one looking forward and the other looking backward. The Romans also brought gifts to the emperor. The emperors eventually began to demand such gifts.

10 Flooding of Nile: In ancient Egypt, New Year was celebrated at the time the River Nile flooded, which was near the end of September. The flooding of the Nile was very important because, without it, the people would not have been able to grow crops in the dry desert. At New Year, statues of the god, Amon, and his wife and son were taken up the Nile by boat. Singing, dancing, and feasting were done for a month, and then the statues were taken back to the temple. 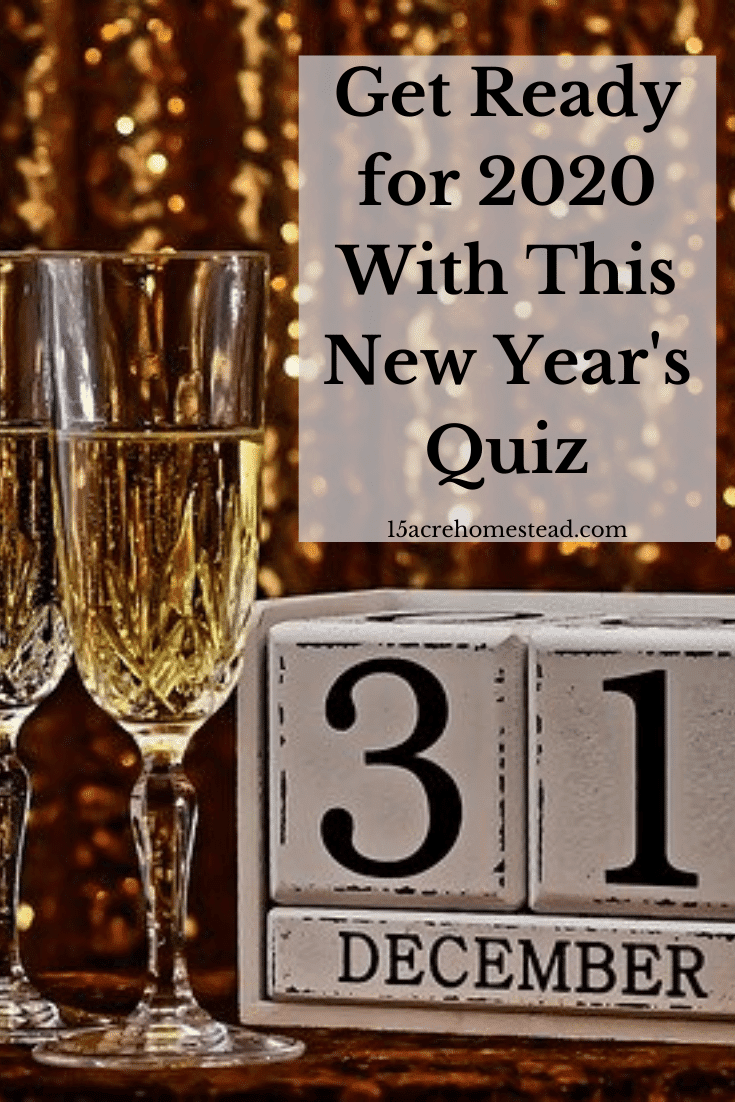 So how did you do? Were you surprised at some of the answers? Let me know in the comments, what you thought of the New Year’s Quiz and if you would like to see more like this! In the meantime, Happy New Year’s to you and your family from 15 Acre Homestead!