3 Stories of How the Easter Bunny Came to Be

By: Annie
In: Holidays and Seasonal
With: 0 Comments

There is actually more than one story about the origin of the Easter bunny.

Some believe it started from German immigrants.

And some say it began with European immigrants who went to Australia.

Wherever the story actually started doesn’t matter much anymore to the boys and girls who can’t wait to wake up Easter morning to see what the Easter bunny brought them.

Three Stories of How the Easter Bunny Came to Be

Early pagan celebrations happened around the vernal equinox, which just so happened to occur during the same time as Christians were celebrating the death and resurrection of Jesus.

Pagan traditionally celebrated the spring as a time of renewal of life and fertility.

They also believed in Eastre, the goddess of dawn and spring.

Eastre was associated with both animal and human newborns during the spring.

Pagan legend says that Eastre was late to arrive causing a long winter and when she finally arrived she saw a bird frozen in the snow.

She felt pain for the bird and turned him into a white hare that could lay multi-colored eggs on only one day each year.

That day was the day that the pagans celebrated the festival of Eastre.

German writings around 1500 first mention their version of the pagan rabbit and showed an image that they called Oschter Haws.

Oschter Haws was believed to lay a nest of multi-colored eggs as a gift for children that were considered well-behaved.

By 1680, the first story about a rabbit laying eggs and hiding them in a garden was published.

These same stories were brought to the United States in the 1700’s by German immigrants who settled in Pennsylvania.

The Easter bunny story also traveled to Australia apparently, along with the bunnies themselves.

However, the bunnies were breeding so quickly that they became known as a pest to Australians.

The bunnies caused devastation, enough that the local wildlife there went into serious decline.

Australia was facing millions of dollars of damage to local crops and the bunny became not so honored.

Australia started pushing the Easter Bilby instead of the Easter bunny in the end. 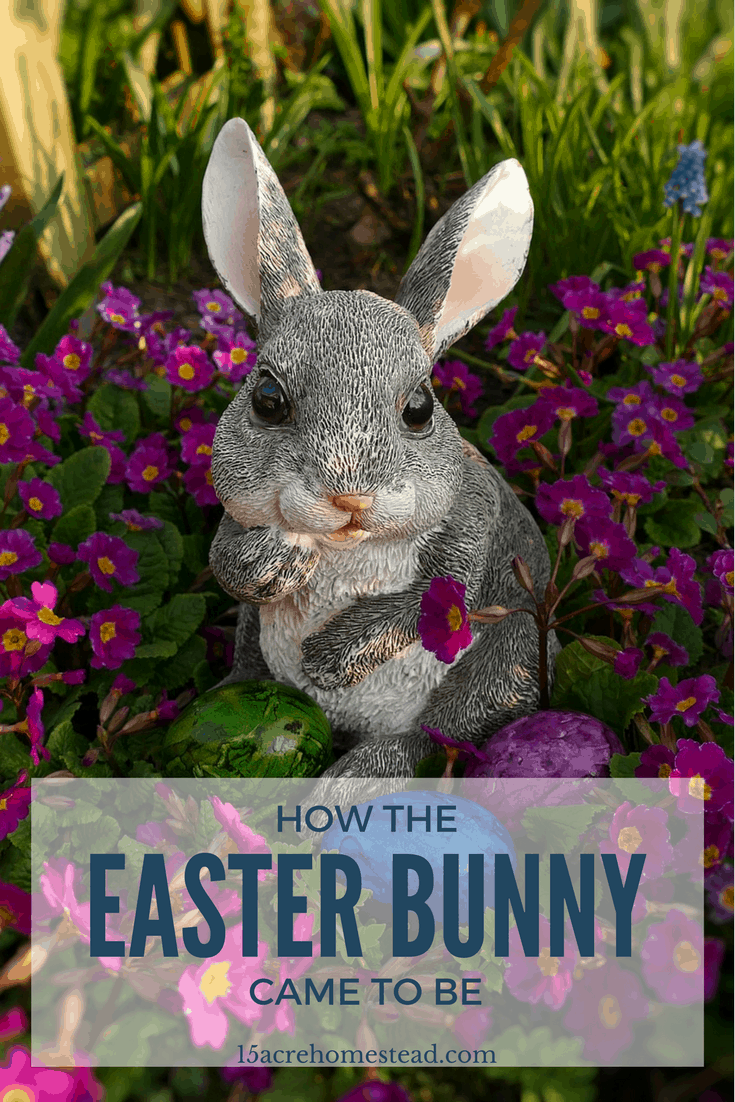 No matter where the story came from or who started it, children today associate the Easter bunny as the bringer of the basket and the hider of the eggs.

He can be seen at malls, in parks, and on tv. Even though the Easter bunny of today has changed since it’s original versions, the Easter bunny tradition continues year after year on Easter.