How To Build A Candler To Check Egg Fertilization

By: Annie
In: Animals
With: 3 Comments 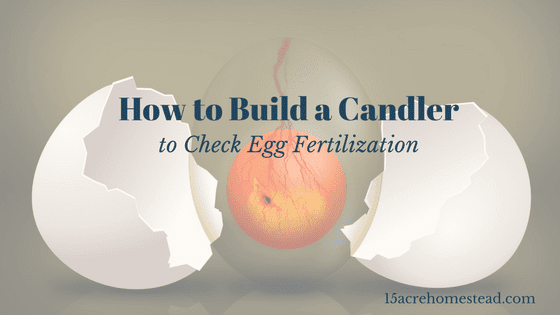 In the posts, Hatching Chickens on the Homestead, and Artificial Incubation Methods for Chickens, we discussed that a candler was used to check for fertility in eggs. In this post, we will learn what a candler is and how to make one for use on your homestead. Check with your local agricultural center in your town, as most have a department for plans that they give to you freely. I received chicken coop plans, candler plans and much more.

How To Build A Candler To Check Egg Fertilization

Meaning and Origin of the word Candler

The word candler comes from long-ago times when farmers used a burning candle held up to an egg in a dark area to see whether the egg was fertilized or not. Today, a 60-watt or a 75-watt light bulb is used inside a box, now called a candler. These modern-day candlers are widely available from any local farm and feed stores, however, it is just as easy to make one yourself. First of all, let’s talk about when candling usually is done.

Candling is done on eggs that are about 7 to 10 days old. This period is immediately after what we call the die-off stage, which is when most deaths of embryos occur. Inspect the egg with a candler at this stage, look for a tiny, solid, dark spot inside the egg. Coming off of this spot should be web-like lines, these are the tiny blood vessels. When no spot is seen, the egg probably is not fertilized, therefore, discard it. White eggs are much easier to see than darker shelled eggs with a candler.

Use the candler again between 14 and 18 days. At this stage, the larger end of the egg should have a fairly distinct amount of airspace, with the rest of the egg showing darker. When the airspace jiggles or seems as if it is uneven, discard the egg, as this normally means the embryo has died and will cause the other eggs to be harmed.

Options for the Candler

There are 3 ways to make a simple candler at home. The first way is to hold a flashlight up to the large end of an egg in a dark room, which allows you to see the inside contents of the egg. The second way is to trim a toilet paper roll to about 3 to 4 inches in length. Placing the large end of the egg down on the tube, shine a flashlight up through the tube. In either of these first two methods, you will look for the signs mentioned above at the same time frames.

The third way is to build a candler box. This is an easy project even for the beginner and needs no special materials. You probably have the materials needed laying around, especially if your anything like me.

How to Build a Candler Box

As stated above you should see a tiny spot with web-like lines coming off of the spot or a solid dark mass with a small amount of airspace within the egg depending on what stage you are at. This is a fertilized egg. That egg should be placed in a nest with other fertilized eggs or prepared for the incubator.

For another option in building a candler check out How To Make A Homemade Candler by Backyard Chickens. 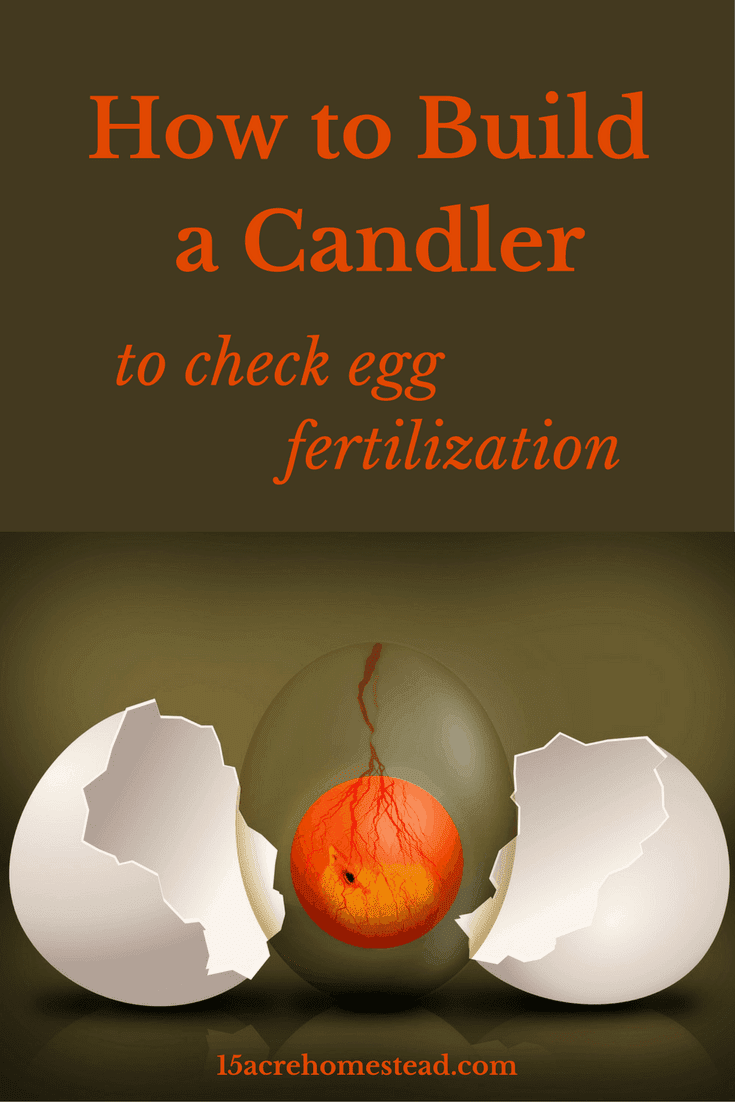 Read Next: Raising Baby Chickens on Your Homestead